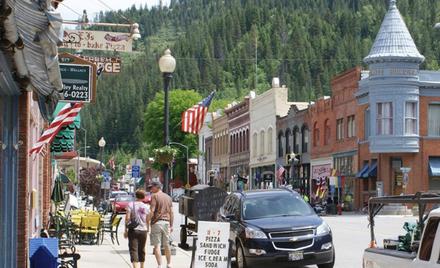 This 6 day/5 night trip includes 12 meals
(5 breakfasts, 2 lunches, and 5 dinners).
Airfare is included; however, please note luggage fees charged by airlines are NOT included in the price of this trip and may vary based on airline policies, fees, restrictions, etc. The price of these luggage fees are the sole responsibility of each guest and are not determined by Timi's Tours. 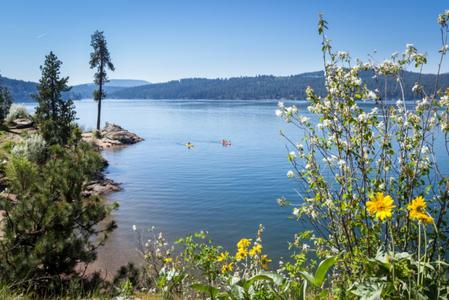 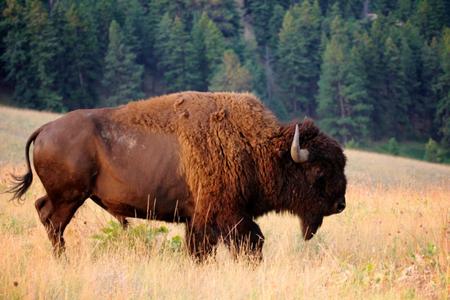 ​Next up is the beautiful lakeside town of Coeur d’Alene! Known world round for its beauty, you’ll ride on a scenic lake cruise, visit the Museum of North Idaho, and have time to explore the downtown area.

Finally, we’ll head west to Montana! Here we’ll enter the National Bison Range so we can see bison, antelope, mule deer, and more up close! We’ll return to Idaho via the majestic Thompson Pass, and stop at the Sprag Pole Museum & Bar in Mullan, Idaho. After that, it’s time to fly home full of great memories!

Join us for a visit to this stunning
area of the country!

and more! We will fly in to Spokane

International Airport and travel to the

Wallace Inn in Wallace, Idaho for a wine and cheese social.

“Wallace continues its 100-plus year run as

the world’s largest silver producer — making it the richest mining town still in existence, and the last town entirely listed on the National Register of Historic Places!

Your stop at the Wallace District Mining Museum will tell you all about it. You’ll also have time to shop in Wallace, offering a “sublime Hometown USA disposition…awarded the ‘Main Street in America’ designation!”

You’ll visit the Silver Valley and go underground with an actual hard rock miner at the Sierra Silver Mine Tour!

Other interesting stops include the Oasis Bordello Museum, the Northern Pacific Depot Railroad

Museum, and the Cataldo Mission.

Enjoy “Beer of Historic Proportions” on your Wallace Brewing Company Microbrewery Tour, and an entertaining performance at the Sixth Street Melodrama & Theater. Wallace has a self-appointed (and welcomed by the townspeople) Prime Minister named Rick, who will take us around on his famous tour, complete with ice cream at the end. While not technically a stand-up comedian,
he’s pretty hilarious for a “Prime Minister”.

Enjoy a “gem” of a day as we visit

Emerald Creek Garnet Area for a hands-on day of garnet hunting. One of only two places in the world where you

can find the rare Star Garnet, it might just be your lucky day!